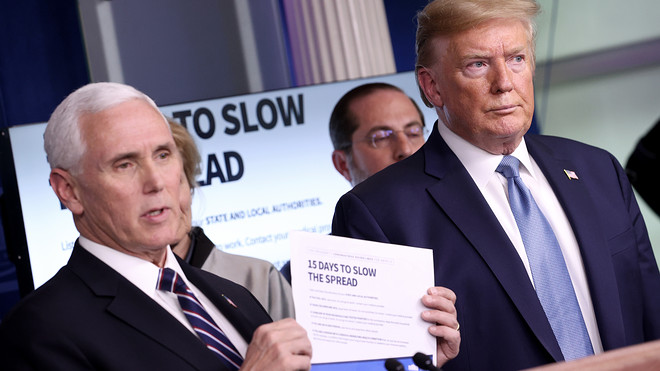 Joe Scarborough, co-host of the MSNBC show “Morning Joe,” has spent the past few years slamming pretty much all things Trump, but on Tuesday, in the face of the growing pandemic, he had this change of heart:
‘We only have one president at a time. We have to do everything we can do to make sure this president succeeds.’
Scarborough explained that, despite his public (and possibly private) animus toward Trump, he believes that Monday could mark a “new beginning” for the president following his administration’s “bungled” early actions in the battle to stem the spread of the coronavirus.
“We’re all joined together as a country, fighting an epidemic that could end up — let me say this again, based on the study that got to the White House yesterday — kill more people, kill more Americans than died in World War II, World War I, the Civil War and Vietnam,” Scarborough said.
Scarborough, a former Republican congressman from Florida, said he’s “hopeful that the White House, and that the president, continues this somber approach” going forward.