PALESTINIAN PRESIDENT ANNOUNCES EXIT FROM ALL AGREEMENTS WITH U.S. AND ISRAEL OVER 'DEAL OF THE CENTURY'

Palestinian Authority President Mahmoud Abbas has announced he was exiting all agreements with the Israeli and U.S. governments, including those pertaining to security, as a result of their "deal of the century" that he said paved the way for the Israeli annexation of the West Bank.

Abbas railed against the plan, unveiled in late January by President Donald Trump and Israeli President Benjamin Netanyahu, during a press conference Tuesday in Ramallah. The remarks came a day after Netanyahu swore in a new unity government alongside rival Benny Gantz, promising to apply Israeli sovereignty over settlements occupying territories in the West Bank.
Abbas said this decision effectively nullified all agreements signed between Palestinian and Israeli leaders since the historic Oslo Accords of 1993 and 1995. As a result, he argued he too was no longer bound by such arrangements that established a semi-autonomous Palestinian government and its fragile truce with Israel\"The Palestine Liberation Organization and the State of Palestine are today relieved from all agreements and understandings with the American and Israeli governments, and from all the obligations arising from those understandings and agreements, including those involving security," Abbas said.
He argued the decision would mean Israel must bear all the responsibilities of an occupying power under international law, especially the Fourth Geneva Convention of 1949. The document affords the populations living under an occupying power protections against state-sponsored violence, forcible displacement and the seizure of property, among other potential abuses.
Abbas said Trump's "deal of the century" was ultimately to blame for this collapse, also referencing the White House's decision in 2018 to move the U.S. embassy in Israel from Tel Aviv to the disputed city of Jerusalem.
"We hold the U.S. administration fully responsible for the oppression of the Palestinian people, and we consider it an essential partner with the Israeli occupation government in all aggressive decisions and measures that prejudice the rights of our people," Abbas said. "Nevertheless, we welcome all the positions of other American parties that reject the policies of this administration that are hostile to our people and their legitimate rights." 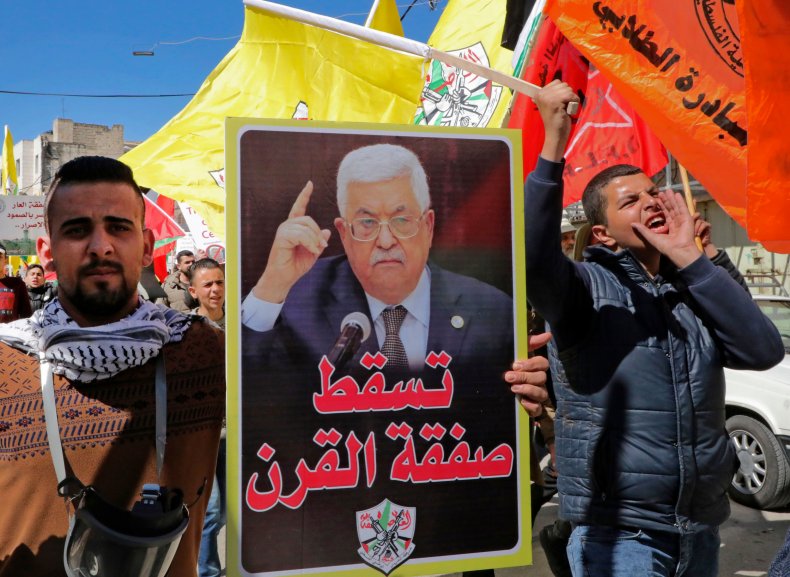