QUEEN ELIZABETH II COULD LOSE ESTIMATED $21.7 MILLION BECAUSE OF CORONAVIRUS AS ROYAL PALACES CLOSE TO TOURISTS

Queen Elizabeth II faces an estimated $21.7 million hole in royal finances from lost tourist revenue after palaces across the U.K. were closed to the public because of the coronavirus pandemic.

Household staff have been warned to expect "very difficult times ahead" as holidays to the U.K. have been canceled, according to a leaked internal memo obtained by the U.K.'s Sun newspaper.
Brits themselves will also not be able to visit world famous landmarks like Buckingham Palace, the queen's London residence, and Windsor Castle, where Meghan Markle and Prince Harry married two years ago.
Social distancing has forced the closure of royal residences that make up millions in funding for the family and its staff.
The queen's public engagements until 2022 are also under review because much of her role requires her presence in person.
At the age of 94, the monarch is considered to be at high risk of contracting COVID-19 and has already had to watch her son, Prince Charles, fall ill with the virus.
A message from the Lord Chamberlain, head of the royal household, posted on the royal intranet warns staff to be ready for a tough period.
In the message, leaked to The Sun, Earl Peel said: "The crisis has already tested our resilience, adaptability and preparedness in many ways and at all levels across the organization.
"It has also had a significant impact on the activities of the whole Royal Household.
"Although the U.K. appears to be over the peak of infections, it remains unclear when measures such as social distancing will come to an end.
"We must therefore assume it could still be many weeks, if not months, before we are able to return to business as usual.
"There are undoubtedly very difficult times ahead and we realize many of you will be concerned." 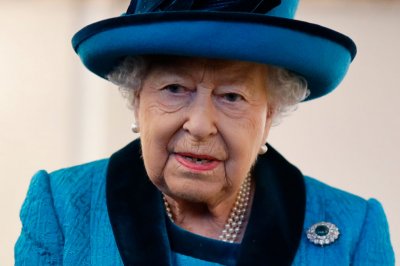 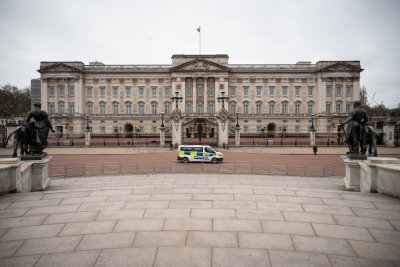 Among the queen's regular jobs, she performs investiture ceremonies where honors and knighthoods are handed to the great and good of British society.
All 26 ceremonies that were still scheduled to take place this year have been canceled and discussions are ongoing about how to replace them.
Refunds have already been issued for anyone who bought tickets to the Buckingham Palace State Rooms.
Earl Peel wrote: "The Royal Household, like most organizations, is not immune to the impact of the pandemic on our financial position.
"Many projects have been halted and all but essential expenditure has been suspended.
"A recruitment freeze has been implemented and no new posts will be appointed unless a very clear business case exists.
"This year's annual pay review has also been paused."
The financial blow could also hit repairs at Buckingham Palace, expected to cost $40 million, which were to be funded by the sovereign grant, the same money that is now under threat.
Royal palaces fall within the Crown Estate, which is owned by the queen as sovereign.
Profits from the estate go to the British government, who spend some on public services while giving a chunk to the royal family as its public funding. This amounted to around $100 million last year.
As a result, how much the royals are given each year varies based on the income the estate generates, including from tourists who flock to royal palaces in their millions each year.
Summer is a particularly busy time due to the warm weather but this revenue will now be lost.
A Buckingham Palace spokesperson said: "The whole country is very likely to be impacted financially by coronavirus and the Royal Household is no exception.
"However, the time to address this issue will be when the full impact of all the implications of the current situation is clearer.
"At the moment the attention of the Royal Household is on ensuring it follows all the guidelines and supports the national effort in combatting COVID-19".
at 01:51
Share