The Department of Veterans Affairs (VA) has decided against removing swastikas from the gravestones of Nazi military officers who died as U.S. prisoners of war (POWs) during World War II. The VA office made its decision after anti-extremist organizations and at least one U.S. representative asked it to remove the symbols.

The Southern Poverty Law Center (SPLC), an anti-extremist organization; the American Jewish Committee, a Jewish advocacy group; the Military Religious Freedom Foundation, a nonprofit dedicated to maintaining religious freedom in the armed forces; and Democratic Florida Representative-Schultz all contacted the VA asking the department to remove swastikas from headstones in veteran cemeteries in Texas and Utah.
However, the VA said it will preserve the headstones as part of the 1966 National Historic Preservation Act which directs federal agencies to protect historic resources, even ones recognizing divisive historical figures or events, according to a statement from National Cemetery Administration spokesman Les' Melnyk 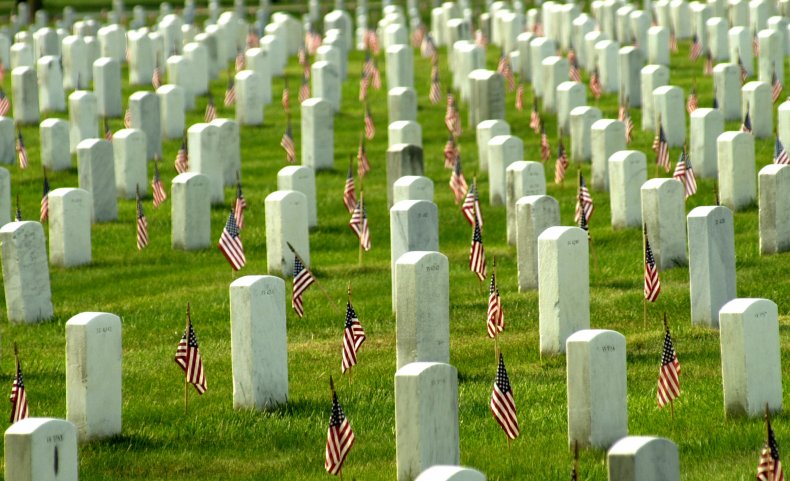 The military newspaper Stars and Stripes says three gravestones contain swastikas and the phrase "He died far from his home for the Führer, people and fatherland," a reference to Germany under the WWII dictatorship of then-Chancellor Adolf Hitler.
"It is deeply troubling and terribly offensive that swastika-adorned headstones that include messages honoring Hitler continue to stand in this nation's veterans administration national cemeteries," Wasserman-Schultz wrote in a statement.
"Allowing these gravestones to remain with the swastikas and messages in place – symbols of hatred, racism, intolerance, and genocide – is offensive to veterans who risked, and often lost, their lives defending this country and our way of life," Wasserman-Schultz continued.
Of the nation's 142 veteran cemeteries, only 13 contain POWs from other countries, according to the VA's National Cemetery Administration website. It's unclear how many total gravestones have swastikas.
Eric K. Ward, a senior fellow at the Southern Poverty Law Center, wrote in an article published last Thursday that the VA's refusal to replace these headstones coincides with a rise in documented anti-Semitic incidents in the United States.
In 2019, over 2,000 anti-Semitic incidents were reported, a 12 percent increase from 2018, according to the Anti-Defamation League, a group fighting anti-Semitic activity. Simultaneously, the SPLC documented a 55 percent increase in the number of white nationalist groups since 2017, including neo-Nazi groups that use the swastika as their emblem.
According to the Military Times, military and VA officials have opposed past attempts to display other symbols on federal property, on veteran headstones and during funeral ceremonies. This prohibition has included a ban on pentagrams used by Wicca followers.
at 02:08
Share