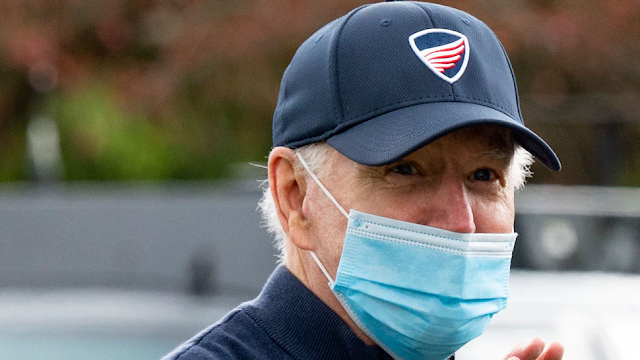 Democrat President Joe Biden finally admitted on Saturday that the national security and humanitarian crisis that has erupted on the southern border under his administration is a “crisis,” a term that his administration has repeatedly refused to use.

Multiple White House correspondents specifically noted that Biden, who has just finished playing a round of golf in Delaware, called the situation on the southern border a “crisis.”

According to the Associated Press, Biden claimed that the refugee cap that his administration had was linked to the “crisis that ended up on the border with young people.”

“We couldn’t do two things at once,” Biden claimed. “And now we are going to increase the number.”

The Biden administration had decided to keep in place the Trump administration’s 15,000-person cap on refugees entering the country this year until they faced backlash from the far-left.

White House Press Secretary Jen Psaki then issued a statement reversing the announcement, claiming that the order was “the subject of some confusion.”

However, The Washington Post’s lead fact-checker, Glenn Kessler, noted that the explain that the Biden administration gave for the reversal was nonsense. The Associated Press reported, “After blowback from allies, [the] White House says President Biden will move to lift Trump-era refugee caps next month.”

Kessler highlighted the AP’s report, writing on Twitter: “The WH release actually spun it as ‘confusion’ by the media on the earlier announcement. Kudos to the AP for not falling for the spin.”

The crisis on the southern border, which many blame on the Biden administration, is so staggering that a report from CNN indicated that 2 million migrants were expected to be encountered on the southern border this year. That is more than the population of Alaska, Vermont, and Wyoming — combined.

Horrifying photographs have emerged from inside the facilities in which the Biden administration is keeping migrants during the coronavirus pandemic. Sen. Ted Cruz (R-TX) shared a video from inside one of the facilities where he was met by an official who he described as a “senior adviser” in the Biden administration who repeatedly tried to block him from recording what was happening inside the facility.

This last week, Republican Governors Greg Abbott (TX) and Doug Ducey (AZ) slammed the Biden administration in an op-ed published in The Washington Post, saying that Biden was the one who “created” the border crisis.

The Biden administration recently made an astonishingly out-of-touch statement: “The border is secure.” The president himself needs to take a trip to our states. Unlike President Biden, we’ve both been to the U.S. border in our respective states, Texas and Arizona, and the situation is much different from what Washington politicians and bureaucrats are telling Americans.

The U.S. Border Patrol is overwhelmed. Local law enforcement and mayors are calling out for help. Citizens in border communities are concerned for their safety. And nonprofits, left to pick up the pieces of a broken federal policy, are strained. In typical Washington fashion, the federal government has thrust this man-made crisis on states. But for the people we represent, this isn’t a political issue — it’s a real-life issue.

What’s happening at the border shouldn’t come as a surprise. The president and Vice President Harris campaigned on a platform of relaxing border security. They supported health care for undocumented, illegal immigrants. Biden’s pathway to citizenship for millions of illegal immigrants offered amnesty for those who circumvented the legal process.

They also rushed to repudiate policies of the Trump administration, including repealing the Migrant Protection Protocols — a policy that required asylum-seekers to wait in Mexico for their court dates and that we fought to uphold. These actions have led to the unprecedented surge of migrants who are overwhelming the border. …

Mexico’s left-wing government also believes that Biden’s policies are sparking a massive surge in illegal immigration and are providing business for the Mexican drug cartels.