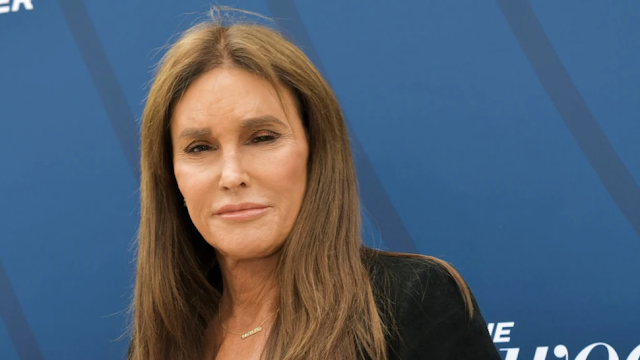 In an interview on “CBS This Morning,” Caitlyn Jenner discussed the famous family’s lack of involvement in the activist’s current gubernatorial campaign.

When asked if Jenner had asked the family to engage in the campaign, Jenner said, “As we all know, politics can be a pretty tough business.”One of the hosts chimed in, adding, “Even in the family.”

Jenner replied, “For anybody. And, you know what? I’ve got pretty big shoulders, unfortunately … and I can take it. People have come after me all my life, you know? And I kind of just move on and do my own thing.”

An anchor clarified, “You told them not to be involved?”

Jenner, 71, told the family “not to be involved whatsoever. I said, ‘If anybody asks any questions, you know, in the media’ — cause they obviously are in the media — I said ‘just say no comment,’ you know? Address your comments to me.”

“There have always been differing political opinions within the family,” the insider said. “But everyone can agree on one thing: They want Caitlyn to be happy.”

Jenner has entered the California gubernatorial race as a Republican candidate, but has received criticism from members of the two political parties for seeming to side with both at varying times.

As The Daily Wire reported, Jenner stated support for creating a pathway to citizenship for the roughly two million illegal aliens in California. The transgender activist announced the position during an interview with CNN’s Dana Bash.

Jenner also recently claimed not to have voted in the 2020 election, allegedly choosing to play golf instead. Los Angeles County records, however, demonstrate conflicting details, according to a recent report.

As The Daily Wire reported:

“POLITICO reported last month that Jenner did not vote in nearly two-thirds of the elections in which she was eligible since 2000. After Jenner’s latest comments to CNN aired Tuesday morning, a representative of the registrar’s office reconfirmed to POLITICO that Jenner voted — with documentation,” the Washington, D.C.-based political website reported.

Jenner appeared on CNN and was asked by host Dana Bash about voting in last year’s election.

“I didn’t even vote,” Jenner said. “Out here in California, it’s like, why vote for a Republican president? It’s just not going to work. I mean, it’s overwhelming.”

“It was voting day, and I thought, the only thing out here in California that I worry about, which affects people, is the propositions that were out there,” Jenner said. “And I didn’t see any propositions that I really had one side or the other. And so it was Election Day, and I just couldn’t get excited about it. And I just wound up going to play golf and I said, eh, I’m not doing that.”

When Jenner announced a run for governor of California, the transgender activist criticized Democratic policies.

“California has been my home for nearly 50 years,” Jenner said in a statement. “I came here because I knew that anyone, regardless of their background or station in life, could turn their dreams into a reality. But for the past decade, we have seen the glimmer of the Golden State reduced by one-party rule that places politics over progress and special interests over people. Sacramento needs an honest leader with a clear vision.”