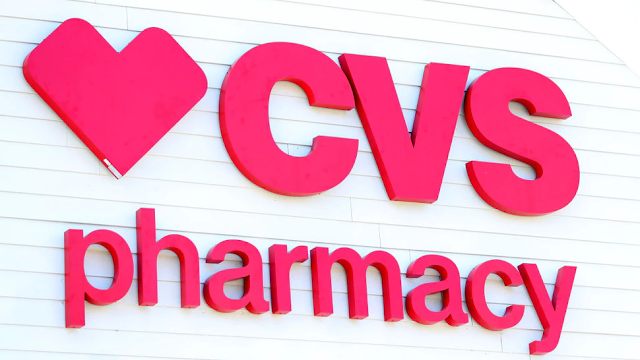 The chain of pharmacy stores, CVS, announced a new sweepstakes initiative on Thursday to promote vaccination against COVID-19 among the population.

The company acknowledged vaccine hesitancy among some members of the community in a statement, saying, “According to the most recent CDC household pulse survey COVID-19 vaccination tracker, 17.6% of adults 18 years and over are hesitant about receiving a vaccine.”CVS announced “that beginning June 1, eligible customers who received or plan to receive a COVID-19 vaccination through CVS Health may choose to enter the #OneStepCloser sweepstakes for an opportunity to win one of over a thousand fun and exciting prizes through weekly drawings and grand prizes over a six-week period.”

“We’re grateful for the millions of people who’ve received one of the well over 17 million doses we’ve administered at CVS Health, but we have a long way to go,” Dr. Kyu Rhee, Senior Vice President and a Chief Medical Officer of CVS Health, said in a press release. “Getting as much of the population fully vaccinated will bring us one step closer to all the things we’ve missed during the past 14 months, and keep our country moving in the right direction.”The move comes as many states and companies attempt to increase motivation for people to receive the COVID-19 vaccine. In March, Krispy Kreme announced that it would be giving out free doughnuts every day to anyone who brings their vaccination card into a store in the U.S. for the rest of the year.

In order to receive a free doughnut, customers must show a card that contains proof that they have received one or two of the shots of the Moderna or Pfizer vaccines, or one shot of the Johnson & Johnson vaccine. It must be brought into a store, but customers won’t need to purchase any additional items in order to receive the free pastry. The offer is limited to one free doughnut per qualified person per day.

United Airlines also got into the vaccine sweepstakes game recently when it announced its “Your Shot to Fly” sweepstakes, where any new or existing MileagePlus member can be entered into a chance to win a roundtrip flight for two, in any class of service, to any location in the world to which the airline travels if they upload their vaccination records to United’s mobile app or website.

Ohio made headlines when the state created a lottery cash prize for adults who got the vaccine, and offered free college tuition to Ohio state universities to any children who got vaccinated.

On Wednesday night, the first recipients of the program were announced.

As The Associated Press reported, “The winners were selected in a random drawing Monday and had their information confirmed before the formal announcement at the end of the Ohio Lottery’s Cash Explosion TV show.”

“The lottery announced that Abbigail Bugenske of Silverton near Cincinnati was the $1 million winner, while Joseph Costello of Englewood near Dayton was the college scholarship winner,” noted the AP.

“We’re excited that this has inspired so many Ohioans to get vaccinated, and we’re thrilled to announce the winners of the first round of drawings,” said Republican Governor of Ohio Mike DeWine.

More states across the country have followed the example of Ohio, with Oregon, Colorado, Maryland, and New York state announcing that they will provide residents with the ability to receive prizes if they get vaccinated against COVID-19.

According to data from the Centers for Disease Control and Prevention (CDC), over half of adults in the United States are fully vaccinated against COVID-19.