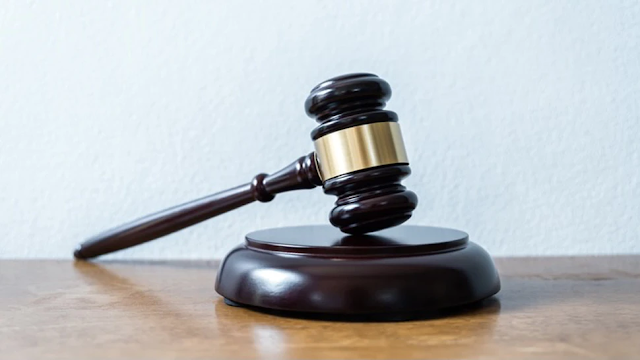 Amy Cooper, the woman who went viral in a video last year after calling the police on a black man in New York, is suing her employer after she was fired following the encounter.

According to a report by Bloomberg, Cooper’s lawsuit states that Franklin Templeton, her former employer, characterized her as “racist” for her actions, made the incident public on Twitter, and incorrectly claimed it carried out an investigation before letting her go.Cooper claimed that the man, Christian Cooper (no relation), had a history of “aggressively confronting” dog owners when they unleashed their dogs. “He similarly initiated the dispute with her in the same aggressive manner while she was walking her dog alone, causing her ‘to reasonably fear’ for the safety of her and her pet, Cooper said,” Bloomberg noted.

“That’s why she called the police, Cooper told the U.S. District Court for the Southern District of New York in a Tuesday complaint. Franklin Templeton would have known that if had performed the investigation it told the public it had conducted, she said,” per the outlet.

The suit also said that the company did not fully investigate the encounter before terminating her the day after it happened.

“It only interviewed her in the immediate aftermath, when she was still ‘palpably distraught and fearful of her safety,’ Cooper said. And it never spoke or tried to speak with Christian Cooper or any of the other dogwalkers he had previously accosted, she said,” per Bloomberg.

Among other things, Cooper also said that the company never tried to get ahold of the entire versions of her calls to the New York City Police Department. She also claimed that the company would have carried out a real investigation into the incident if she was a different gender or race.

“We believe the circumstances of the situation speak for themselves and that the Company responded appropriately,” Franklin Templeton reportedly told Bloomberg Law on Wednesday in an email. “We will defend against these baseless claims.”

Bloomberg reported that the suit requests relief in the form of “Back pay and lost bonus; loss of unvested funds and other benefits; reinstatement or front pay; compensatory damages for emotional distress; punitive damages; attorneys’ fees and costs.”

The viral video was taken by Christian Cooper, the African-American bird-watching enthusiast who asked the woman, Amy Cooper (no relation), to leash her dog according to park rules. In the video, Amy, who grows increasingly more panicked over the course of its filming, first warns Christian that she is going to call the police to tell them that “there’s an African-American man threatening my life.” She then calls the police and says, “There is an African-American man. I am in Central Park. He is recording me and threatening myself and my dog.”

Christian’s sister Melody posted the video on Twitter, commenting: “Oh, when Karens take a walk with their dogs off leash in the famous Bramble in NY’s Central Park, where it is clearly posted on signs that dogs MUST be leashed at all times, and someone like my brother (an avid birder) politely asks her to put her dog on the leash.”

After the video was shown all over the internet, Amy’s employer, Franklin Templeton, announced on social media that she had been put on administrative leave. “We take these matters very seriously, and we do not condone racism of any kind,” the company said in a statement at the time. “While we are in the process of investigating the situation, the employee involved has been put on administrative leave.”

As The Daily Wire reported in February, Amy Cooper “could have faced up to a year in prison for the single misdemeanor charge of ‘falsely reporting an incident’ according to The New York Times.” A judge granted a request from the city prosecutors to drop the charges after Cooper completed “a therapeutic educational program that included instruction about racial biases.”

The five-part program is “designed for introspection and progress,” Assistant District Attorney Joan Illuzzi-Orbon said at a hearing at the time.

“They sent her to Critical Therapy Center, who provided psychoeducation and therapy services which focused on the ways in which Ms. Cooper could appreciate that racial identities shape our lives but we cannot use them to harm ourselves or others,” Illuzzi-Orbon told the judge. “Psychoeducation about racial equality is woven into each therapy session to prompt understanding and reflection.”

Illuzzi-Orbon said at the time that Cooper’s therapist had said the sessions were “a moving experience” and added that Cooper “learned a lot” through the program.

The Daily Wire has reached out to Franklin Templeton for comment on this story.